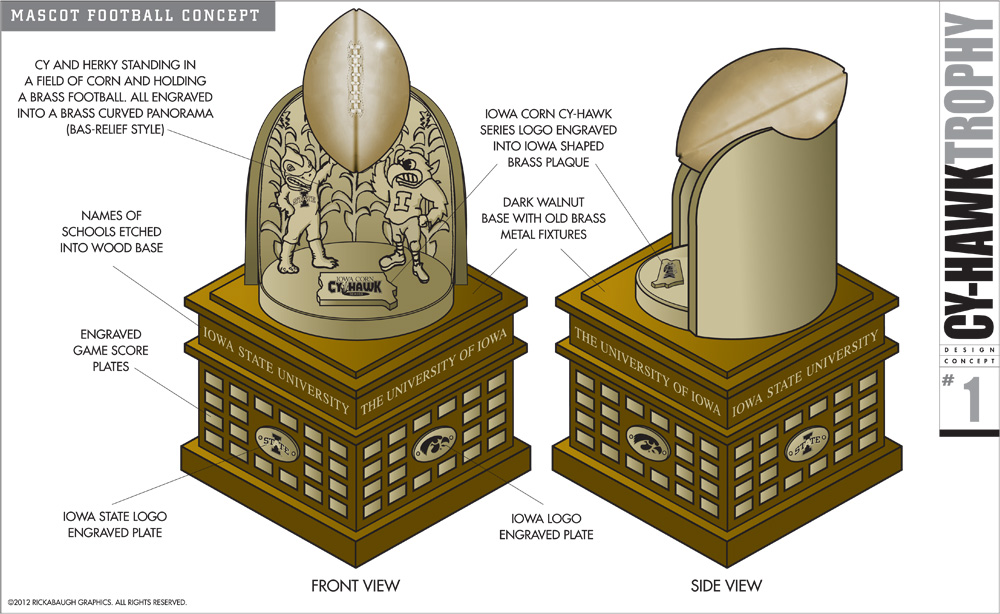 Conceived and created as a traveling trophy by the Greater Des Moines Athletic Club in 1976, the trophy was first presented to the winner by Iowa Governor Robert D. Ray in 1977. That game was the first meeting between the two since 1934.